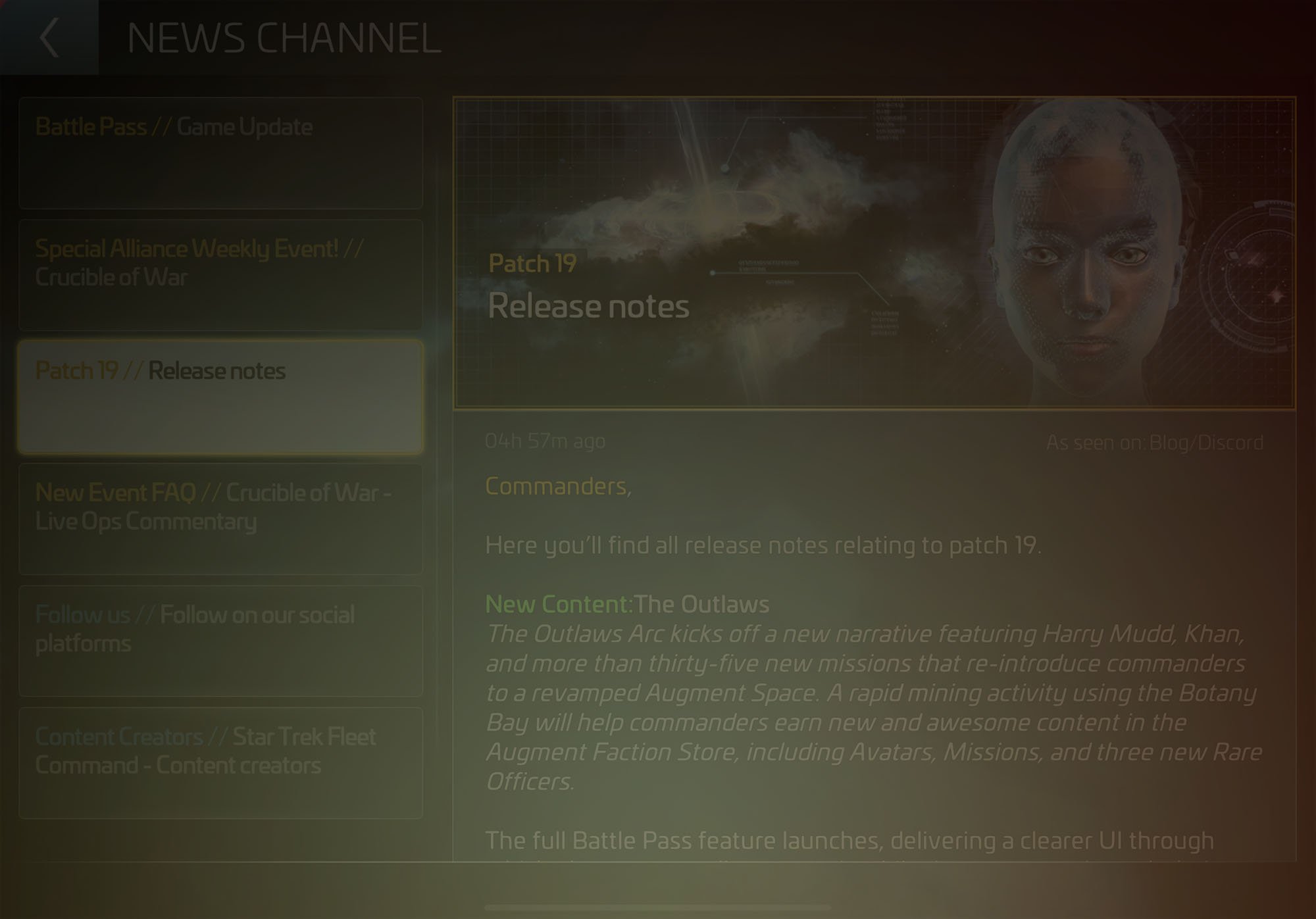 See the release notes below.

The full Battle Pass feature launches, delivering a clearer UI through which players may collect rewards while they traverse through their adventures in monthly events.

The Epic Harry Mudd Officer may be unlocked via Battle Pass milestones and events.

With the Outlaws we are introducing four new officers: one Epic and three Rare that can be obtained throughout the event.

Plutonium Bundles to showcase when players unlock the next Tier

Bundles improve clarity around where and how to acquire plutonium of all tiers.

Rapid Mining is the avenue through which Corrupted Data is earned (required for Augment Reputation & Augment Faction Store Credits).

The core Outlaws narrative brings back Khan and introduces Harry Mudd. Commanders will work alongside Mudd for core missions and side missions

With this new update, we’re bringing you a new, better and more exciting Battle Pass feature!

The Borg Arc introduced new long-form battle pass events with tons of exciting new content. We’ve had an amazing response to these events from the community, and due to their popularity and all the feedback we’ve received, we’ve added a brand new UI in the events tab so you can access all of your battle pass content in one place, make it easier to use, and to free up the event store. The Battle Pass will be available for major events, and you’ll be able to unlock Resources, materials, ship blueprints and much more!

Developer Comments – There was a major issue with certain Data Nodes not respawning in Augment space (Yarda being the prominent system). We understand that this has been an issue for players for a while and we apologise for the inconvenience.

Improvement:Armadas not removed from systems when defeated