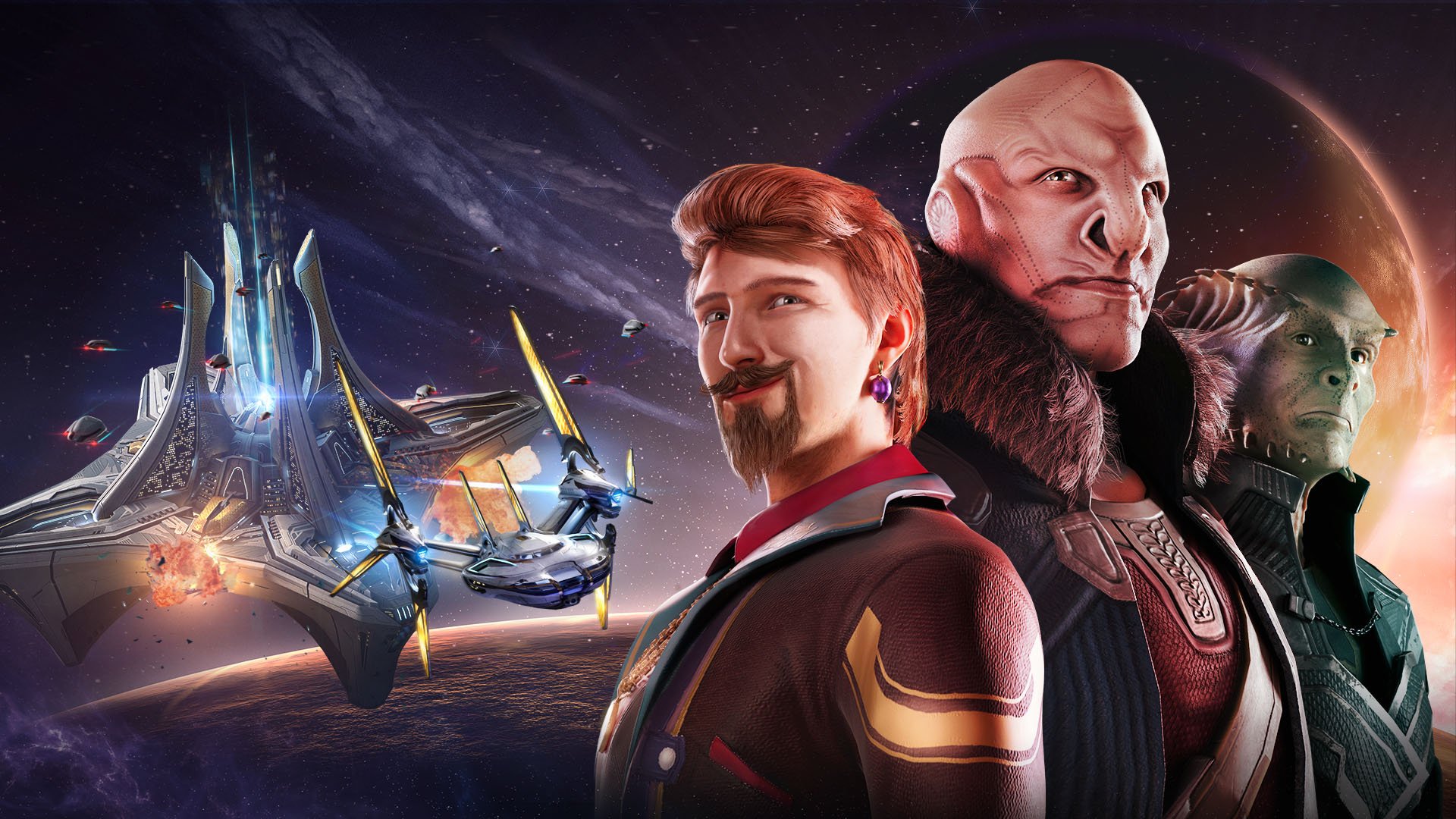 Here you can read the release notes related to patch 21.

Harry Mudd’s band of misfits and Khan’s Augment family conclude their masterplan to expose the secrets of the seedy underworld behind The Exchange. After multiple heists on vaults and banks, they’ve fallen into the trap of the sinister Eclipse.

Mudd’s plan to gather a crew of henchmen has blown up in his face, as betrayal and uncertainty has left the Outlaws vulnerable. Smelling blood, Eclipse has decided to go on the offensive and wipe this nuisance from the face of the galaxy. And with half the galaxy seemingly on the Eclipse bankroll, nowhere is safe. Khan remains confident, however, as he has a plan. Khan always has a plan.

When all is said and done, an unexpected arrival will change the fate of the universe forever..

Harry Mudd’s band of Rogues are beaming into the galaxy! Introducing 6 new Officers that can be acquired through the Battle Pass, Rogue Faction store & various events. We have Harcourt Fenton Mudd, Ro Mudd, Sesha, Eurydice, Goon, Ahvix and Tiza!

Chances of double shots for the first round

Calling all able Commanders. The Exchange are back and with them warping in are the Epic Outlaw Armada Targets! Tread carefully and prepare your Stella, as this will be a battle for the ages!

Note – We have increased the Uncommon Outlaw Armada Spawn rates

Introducing new Outlaw Missions that can be obtained through the Battle Pass. These missions continue the story of the Outlaws and Augments that stem from the previous Outlaws Loop.

Developer Comments: With the update to Augment space, we also intended to help players with faster data mining. Listening to your feedback we understand that there is a large portion of players that preferred the older, bigger mines. With this update we are bringing back big data mines along their faster, smaller counterparts.

Developer Comments: More exciting news for your Stella! In addition to unlocking new research, from now on, you will be able to convert your Stella Particles into chosen Materials.

Developer Comments: We have been monitoring the situation and have identified that the Stella particle payout during Scrapping was not on par with what we wanted. We have therefore increased the Stella Particle payout for every Scrapping of the Stella.

Developer Comments: We have identified some of the major issues surrounding the crashing of older IOS and Android devices due to the game’s high memory demand. To combat this, we’re now freeing up memory more frequently on these devices, which will improve game stability.