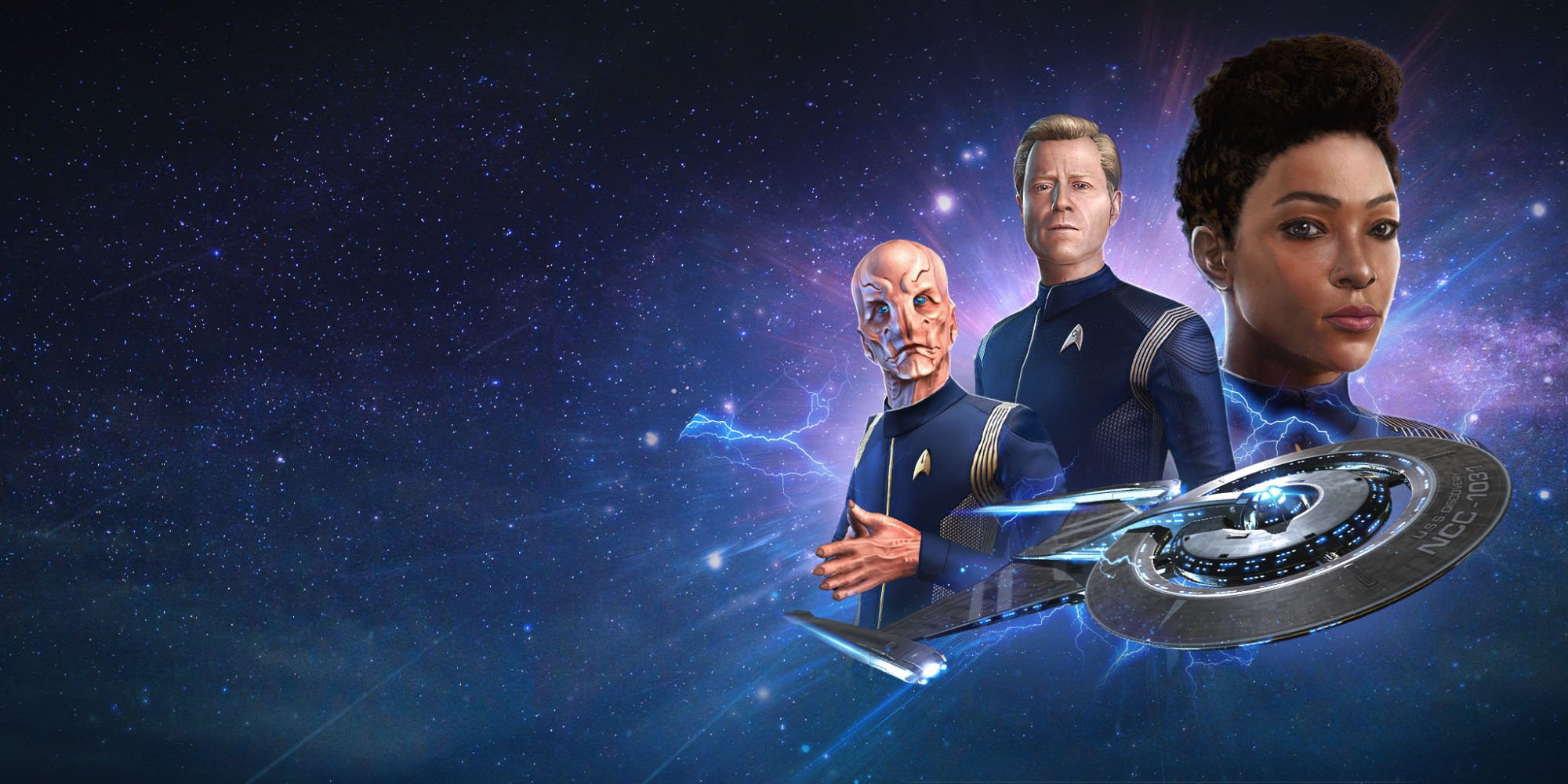 Man your stations, patch 22 is warping in faster than ever with a twist!

The new Discovery arc is upon us and with it a lot of new and exciting content to share with all Commanders around the galaxy. The first Discovery Arc will include:

Maia has detected a strange energy signature in Independent space. Investigate this new anomaly, a new fungus, and partner up with members of the USS Discovery as they explore their new surroundings.

Introducing the flagship from Star Trek: Discovery. This ship allows you to instantly  jump around the galaxy using the power of Mycelium.

Michael Burnham and her crew beam into the galaxy! Introducing five new Officers that can be acquired through the Battle Pass & various events. We have Michael Burnham, Commander Saru, Cadet Burnham, Cadet Stamets, and Cadet Saru.

Missions kick off our journey with Star Trek: Discovery. This contains core and side missions that will be sourced through the free Battle Pass. Includes:

Use your new Discovery ship to take advantage of new Anomaly events that last for about 7-10 minutes but run every 45 minutes throughout each Anomaly event day. Target the new hostiles pouring in from the discovered anomalies and mine much needed valuable resources as fast as possible.

Introducing a new version of the battle pass for September.