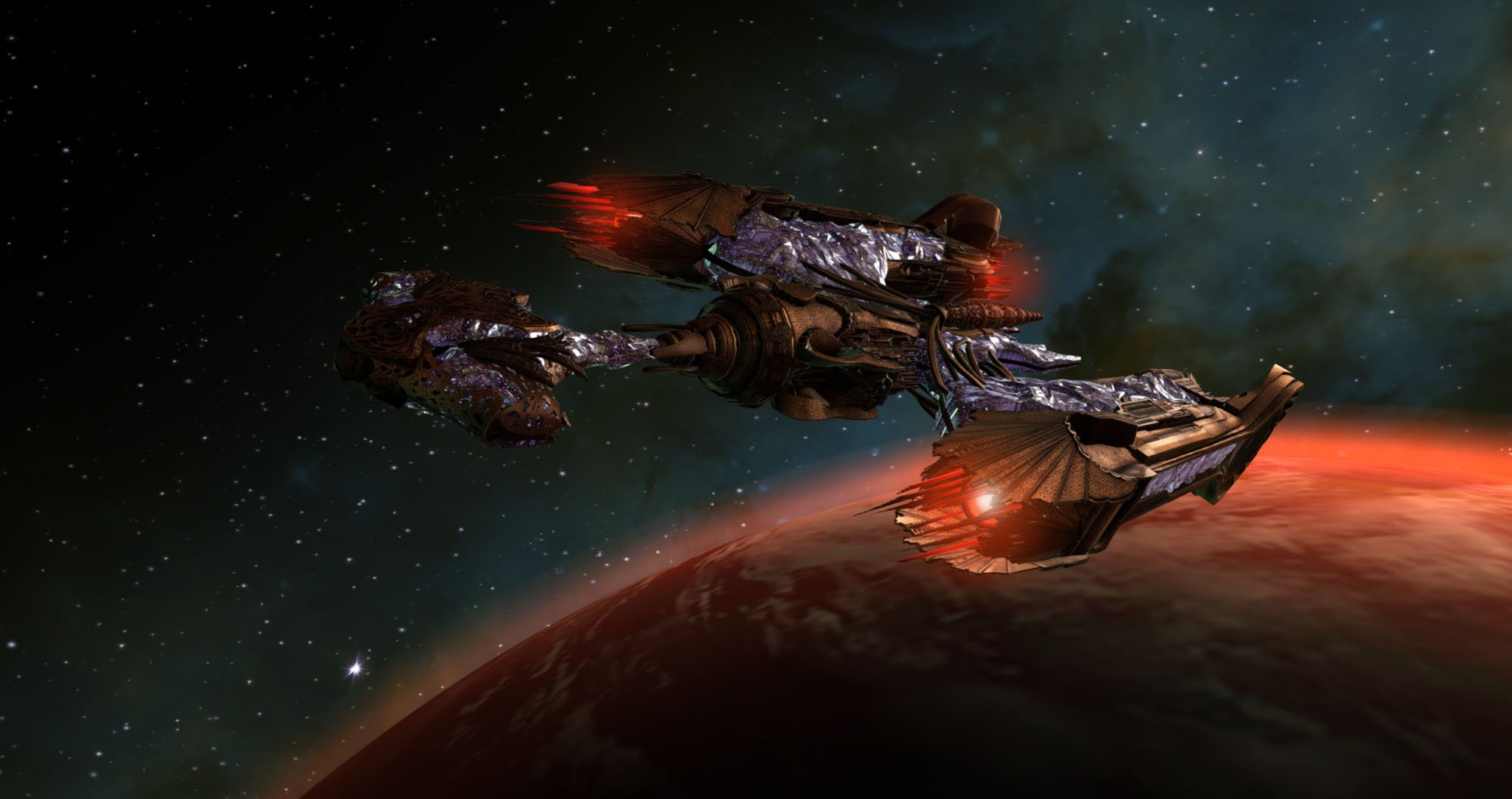 Patch 25 is zooming into the galaxy and with it a lot of epic content and changes!

“Join me, and the great empires that look down on you will collapse beneath our fury!”

The struggle for control of the Origin Sector rages on, as the impact of the Discovery’s departure has an unexpected side effect…

While the USS Discovery sets course for home, echoes of the Terran Empire leave their mark on the galactic landscape. The fearsome Captain Sylvia Tilly, Slayer of Sorna Prime, Witch of Wurna Minor – or simply put, Captain Killy – has travelled through the fabric of space and time itself in pursuit of her Starfleet doppelgänger. She is amassing an army, all in the name of revenge.

In the far reaches of the Origin Sector, a new weapon of destruction has emerged; the Klingon Burial Ship known as the Sarcophagus. This gargantuan vessel is built to take down fleets of enemies. It can provide an edge in the battle to control the flow of Isogen in the known galaxy.

“People are putting Tilly on a terrifying pedestal. So let’s knock her off it, and break the grip of fear.”

Continuing from the Discovery arc that started in September, the last piece of Discovery content has finally docked in Star Trek Fleet Command!

The fourth part of Discovery in December includes:

The Sarcophagus is a new high tier ship that’s very useful during Territory Capture Takeovers. In fact it deals significant damage to enemy ships when attacking or defending a Takeover node.

Within the implementation of Sarcophagus we’re going to release some specific services that will unlock Sarcophagus upgrade materials.

We’re thrilled to announce that we’re bringing back the Event Store for the close of our Discovery Arc!

Manipulation: If opp has hull breach and is a player, reduce their damage by X%.

Quick thinking: X% chance of setting hull breach for 2 rounds at the start of each round.

Bombardment: When attacking a capture node, increase shots per round by a <1 value(cumulative) (meaning shots will be added every few rounds depending on the weapons).

Ruthlessness: When attacking a capture node, if the opponent has hull breach increase piercing by % of Attack (cumulative).

Sadistic: If the opponent has a hull breach, increase mitigation by % of Health (cumulative).

New Discovery missions continue the Discovery journey from where we left off. They will be available for commanders with Ops level 25+.

Introducing a new set of Avatars and frames.

Improvements made to the game