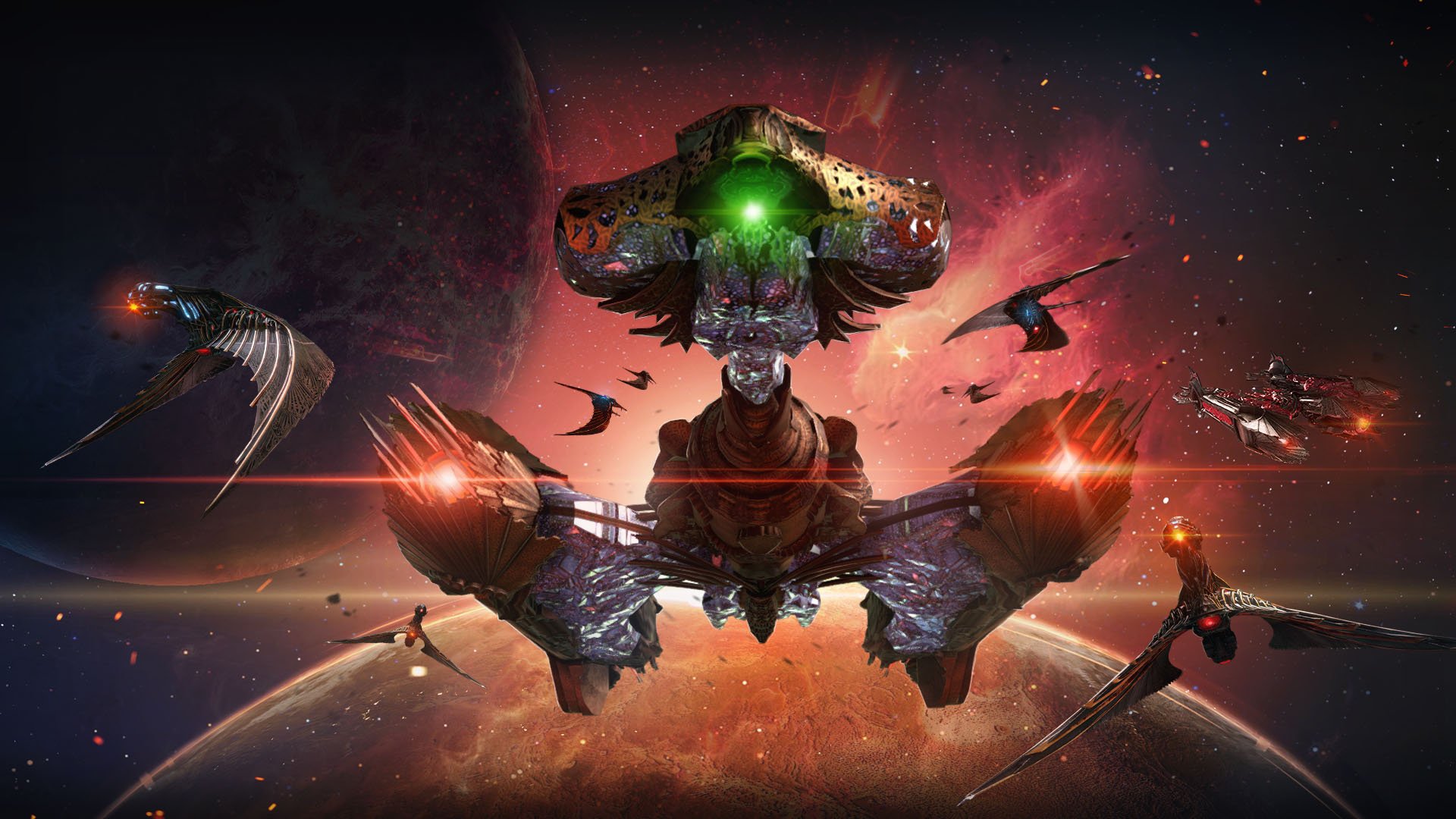 Patch 23 is being summoned so buckle up and get ready for some epic updates!

“In the name of Kronos and the honor of Kahless, you will be destroyed.”

The fury of Kronos has been unleashed.

Mudd’s victory has left the Discovery crew shaken, but they have no time to recover. Following hot on the heels of their quarry, Klingons from Discovery’s own universe have found themselves pulled into this reality. Their arrival here is seemingly an unintended side effect of Mudd’s manipulation of the mycelial network.

Reports abound from across the galaxy of Klingon ships gathering up ancient, defunct technology and annihilating everything in their path.

What could these renegades possibly want from us?

How many will fall before they are stopped?

The gates have been opened and the hounds of war have been set loose.

Continuing from the Discovery arc that started in September, more great Discovery content has arrived in Star Trek Fleet Command!

The second part of Discovery in October includes:

Using the Mycelial network, the USS Discovery will be able to ‘Summon’ your other ships instantly to its current location.

Phillipa Georgiou and crew are beaming into the galaxy! Introducing 3 new officers that can be acquired through the Battle Pass & various events. We have Phillipa Georgiou, Stamets and Tilly.

Never Fire First: At the beginning of each round,  while the enemy is Burning, reduce the enemy’s Officer Attack of all officers by X%.

Deceptive Warfare: At the beginning of each round, Georgiou has an X% chance to cause Burning to the enemy for 2 rounds.

The Power of Math: When defending, at the start of combat, reduce the enemy’s Shield Health by X% of its starting value.

Hold Your Horses!: When getting hit, X% chance to reduce the enemy’s officer Attack for all officers by 15% (cumulative)

Introducing new Discovery missions that will continue the adventure from Part 1. We will have the main mission line along with side missions which can all be unlocked through the free Battle Pass

Side Missions – Quantity: 5 missions, unlocked at Milestone 16 of the Basic Battle Pass.

More anomalies are appearing in our universe, with new enemies, armadas, and boss enemies. Harness the power of the mycelial network through the Discovery, and blast these suckers back to where they came from.

New Discovery version of the battle pass for October. We are adding a lot more resources to both the free and Elite Battle-Pass.

Introducing a new set of Avatars and frames with Discovery Part 2.

Below is a list of Bug fixes that will be available with Patch 23.