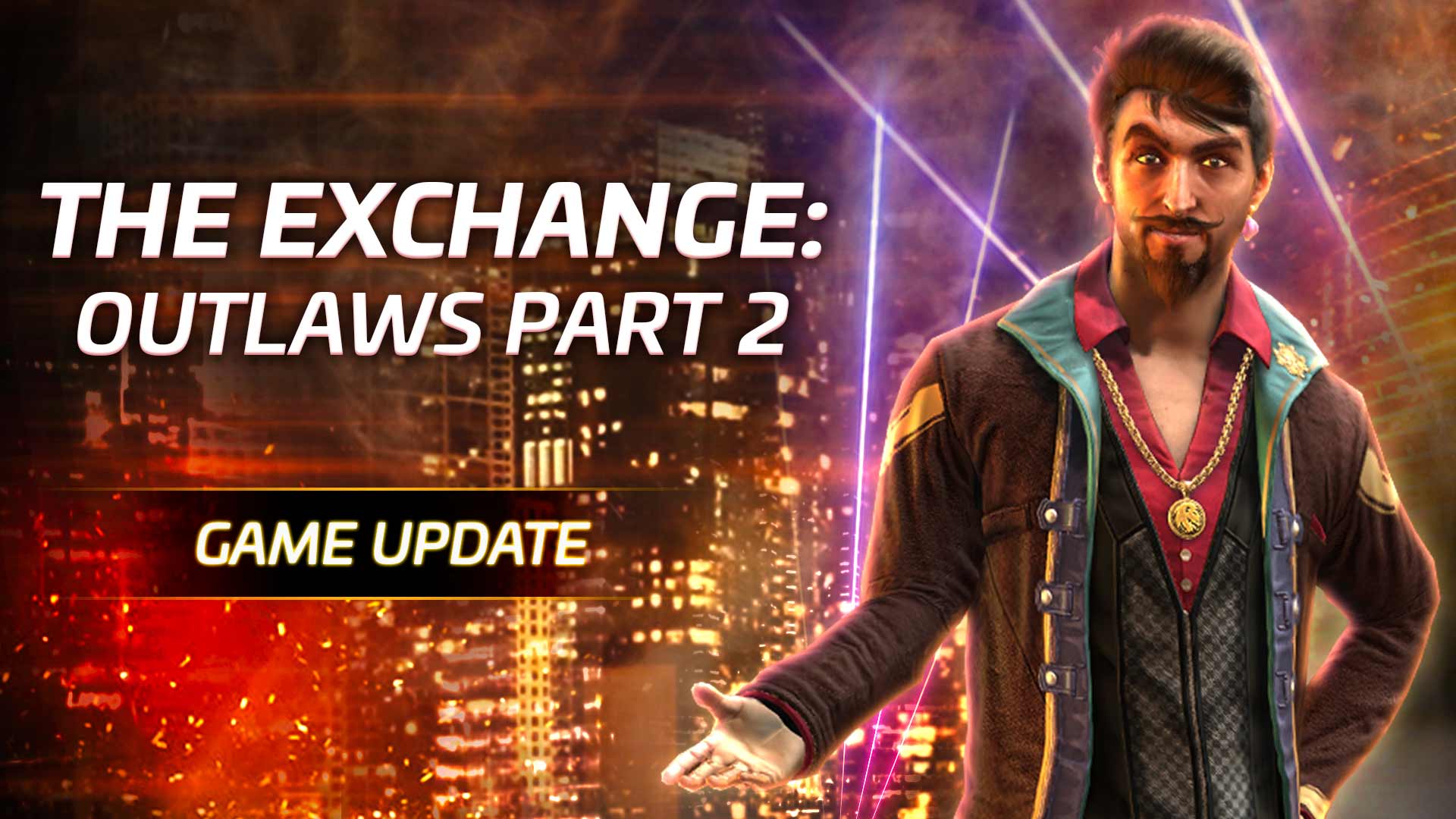 Here you can read the release notes related to patch D20.

“The businesses put a lot of time and effort into keeping people like us away from the Exchange.”

Khan and Mudd have formed a reluctant alliance in order to uncover a conspiracy of galactic proportions. They’ve got you on their side, but that’s not enough. To fund their dangerous mission, they’ll need a crew – and an incentive to keep them together. Mudd has chosen a target as ambitious as it is suicidal: The Exchange.

Choose your targets, and prepare to run some heists! Newly fortified vaults and banks within the Alpha Quadrant’s commercial and entertainment sector, The Exchange, are prime targets for Mudd and Khan’s new operation. In order to make the most of their assaults, Mudd has found a new ship to use as a getaway cruiser, which he has named the Stella.

“We target a handful of the largest businesses in the galaxy. We rob each of them over the course of a few days. We cover our tracks. We’ll have a new crew in no time.”

A new Research Tree is coming, and it brings lots of new ways to increase the power of the Botany Bay, reduce G4 repair costs, power up the new ship – The Stella, increase power against the new Eclipse hostiles that plague the Outlaw and the Exchange space, a warp speed bonus and many more! Scrap the Stella in order to gain resources to unlock special nodes in the tree.

Introducing Harry Mudd’s ship, The Stella. The Stella excels at fighting Eclipse hostiles and new Outlaw Armadas. It also has a unique new mechanic. Tier up the Stella, fight off the new hostiles and then scrap and rebuild the Stella to gain rewards! Use the Outlaws Research tree to upgrade the Stella’s power and capability. Once the Stella has been scrapped, a blueprint token will be provided which can be used in the rogue faction store to acquire all the necessary blueprints to rebuild the Stella.

To receive the Stella, traverse through the Battle Pass and unlock the Blueprints. Once you have unlocked this milestone on the Battle Pass you will receive a quest called “Practice Makes Perfect” which will provide you with a tutorial on how to use the Stella. It is necessary to unlock the “Stella Research” node in the Outlaws Research tree in order to build the Stella, which gives 300% bonus damage to the Stella when fighting Eclipse targets.

The Rogue Faction is now beaming into the galaxy. Within the Faction Store you’ll be able to unlock Outlaws-related content and much more to come!

Calling all available Commanders to board the Stella. New Outlaw Armada targets are ready to attack, as Eclipse are scheming behind the scenes, threatening our galaxy!

Developer Comments: Previously, players were able to make their ships untargetable by hiding under mission planets and nodes, which frustrated many of our players We have now fixed the unintended experience by making it so players can select ships that are stacked on each other. . We know some players enjoyed the strategy this unintended experience offered and will continue to look into ways to offer unique, intended strategy mechanics for PVP combat in the future.

Developer Comments: Previously, players were unable to see the points required to reach each Battle Pass milestone. This made it difficult to understand the feasibility of earning all the rewards. We have updated the Battle Pass rewards popup to include  the missing points required information.

Improvement: Players with a maxed tier D’Vor now have the option to refine additional parts