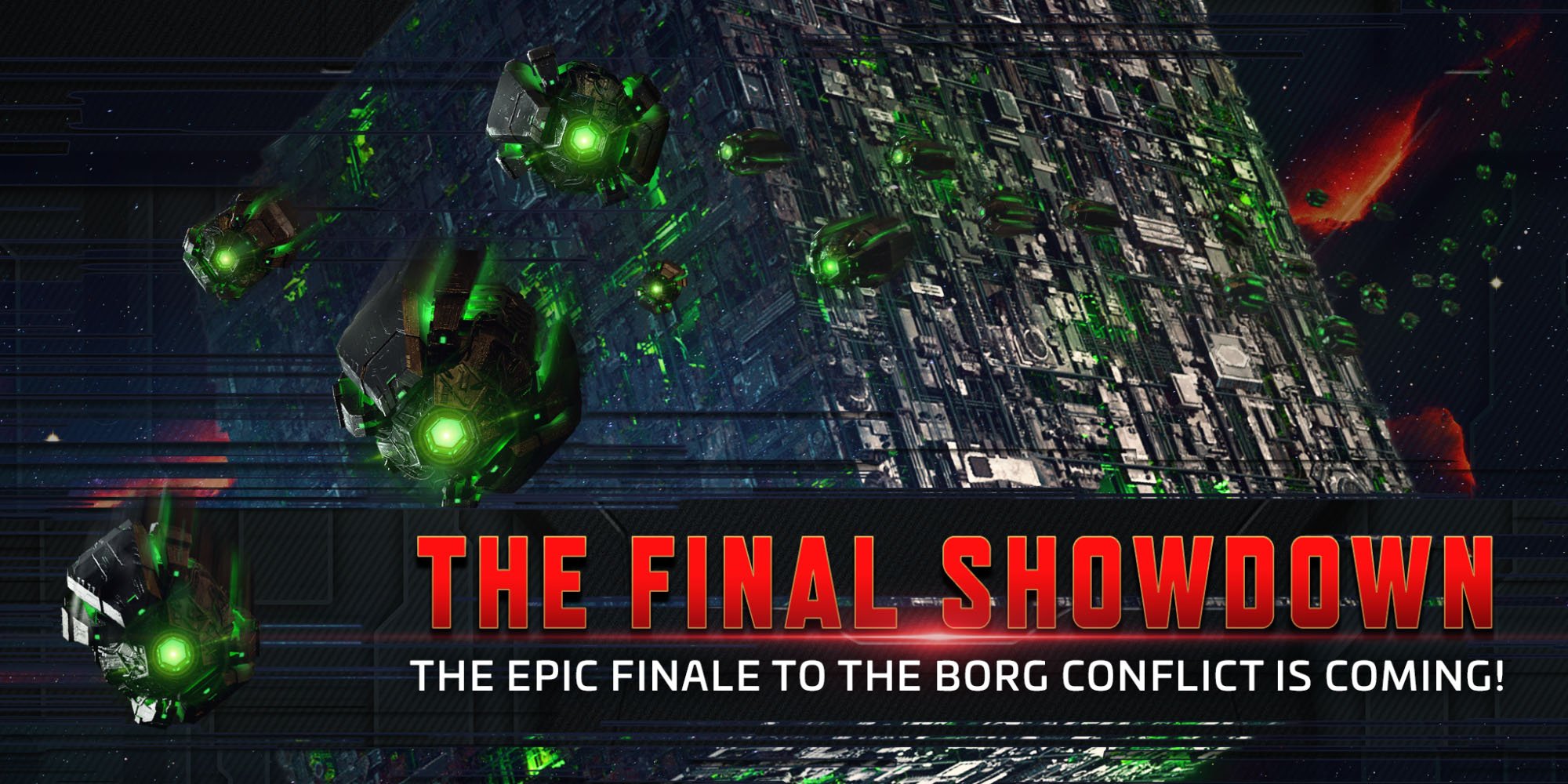 We thought we saw everything that the Collective could throw at us… We were wrong.

Something looms on the horizon. Something huge. Something that drives fear into even the most battle-hardened Commanders. The major factions are helpless against this new threat. Their ships and troops are spread thin against the existing Borg forces.

Whatever awaits us, the fate of the galaxy rests on the shoulders of brave Independents, who now band together in a final, desperate defense…

Participate in the final Borg Mega Cube showdown which consists of  three phases (each lasting a few days) in which you Prepare for War, face Borg Armadas Unleashed, and finally attack the Borg Mega Cube:

Main Event throughout the showdown:

There will be an Alliance Milestone Event for the duration of of the event where:

A variety of events that will give small amounts of shared progress as well as event currency to spend in the event store.

There will be one new Rare Borg/Assimilated officer (Kras) who will be part of the same group as the previous Borg officers (Unimatrix Twelve).

There will also be:

Developer Comments – We understand the frustration with checking what level recommendation each mission has when entering your missions tab. We have therefore now added a mission indicator to each new mission to identify them easier.

Developer Comments – We want Armadas to be a truly tailored and engaging feature in the game. In order to help players organize their Armada attacks more easily, we’re giving Armada Leaders more control over which ships get to take part in their Armadas.

Developer comments: In recognition of the Directives they spend and the work they do in organizing Armada attacks, we have increased the rewards Armada Leaders will receive from successful Armada attacks.

Developer Comments – After closely looking at your feedback we have identified how difficult it can be to obtain long lasting shields. We have gone ahead and added a 12 hour peace shield to your daily goals to make it easier to get a good night’s sleep free from worrying what time to wake up after that 8 – hour shield has been depleted.

We’ve squashed some nasty bugs and here is the list:

We are aware in some cases of the Resource Vaults not working properly – This should now be resolved.

Some of you may stumble upon a donation mission – Upon clicking the ‘Donate’ button, nothing would happens – This is now fixed and it should all work