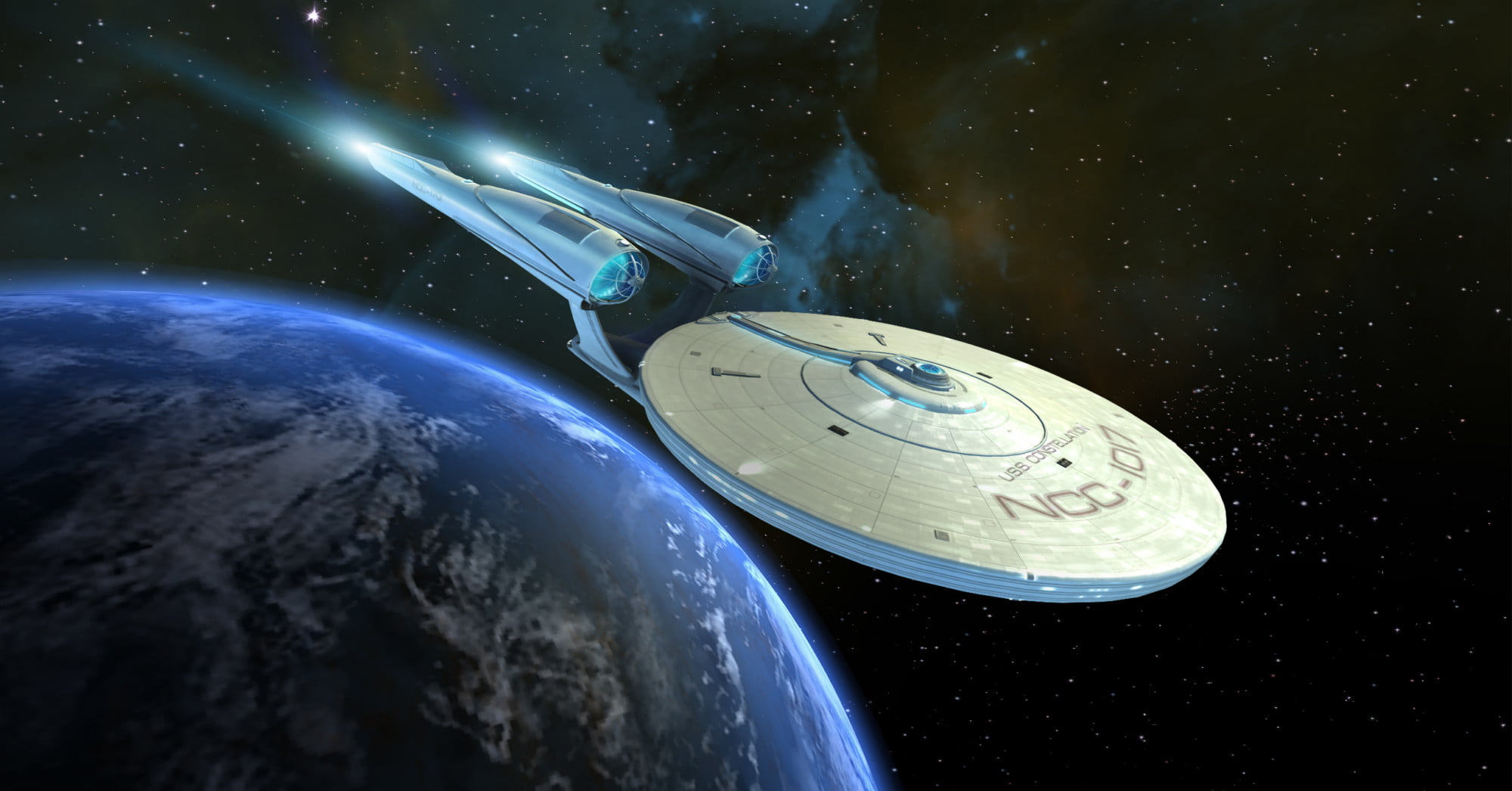 We’re ready to warp into the core of the newest Star Trek: The Original Series timeline! All commanders are called in to man their stations as Patch 27 is warping into the galaxy and with it new treacherous hostiles, more research nodes and more TOS content to enjoy!

Commodore Matt Decker and the crew of the USS Constellation make their first appearance since their ill-fated expedition to the Hromi Cluster. Erratic and hungry for vengeance, Commodore Decker seeks retaliation against those who dared to attack his ship.

Meanwhile, after being unceremoniously pulled into our timeline via quantum entanglement, the crew of the USS Enterprise continue to explore this strange, new world that they have found themselves stuck in, hoping to find a way home.

However, contrary to the Enterprise crew’s mission, some dark corners of the galaxy are best left undiscovered. An unimaginable, yet somehow familiar threat has begun to emerge from the darkest recesses of deep space. Soon, it will make its terrible presence known to all who would stand in its way…

“Now I am become death. The destroyer of worlds.”

Continue assembling the iconic crew with the release of new officers, uncovering the Doomsday threat, completing new missions, powering up with new Station Research nodes, and pulling together in an all-new Server Milestone…

The second part of Star Trek: The Original Series in February includes:

Constructors of your starbase will be happy to hear this! We’re introducing a new PERMANENT second building line that, once unlocked, will allow you to simultaneously build 2 buildings.

Ticketed Events: New Ticketed Events offer a chance for players to choose their activities! Similar to how the event store allows you to select your rewards, ticketed events allows you to choose your event. Progress through the battle pass to earn event tickets for free, and purchase more in the IAP store to participate in more!

Optimist at heart: At the start of each turn, X% chance of having morale for that turn.

I’ll protect you: When having morale on an Explorer increase Critical hit Chance.

We’re rescuing you: When defending, Increase all Mitigation stats by % of Health.

Just a country doctor: If on an Explorer, Increase all officer stats.

All new missions will be available for commanders with Ops level 25 and above.

We’re adding more than 60 new nodes to the Station Research Tree that will help you to improve your ships and all the buildings of your starbase. They will provide you economic efficiency, station defense power, and much more! These new nodes will be available for those who have Ops level 40 and above.

Developer Comments – After listening to our community, we are rebalancing repair costs for all G4 ships (except for the ISS Jellyfish). This comes both from a lower base cost as well as improvements from the Station Research tree that lower costs further.

We made a series of fixes to location names, mission names or objectives, terms, grammar errors, and dialogues that were not displayed correctly.